M/s AM Television Private Limited (Prag News) has released an employment notification for the recruitment of 6 Legal Adviser, Ad Sales Executive and Assistant Branding Manager Vacancy in Guwahati. Interested and eligible candidates may apply online here before 31st March 2021, after making sure that they meet the concerned eligibility criteria. 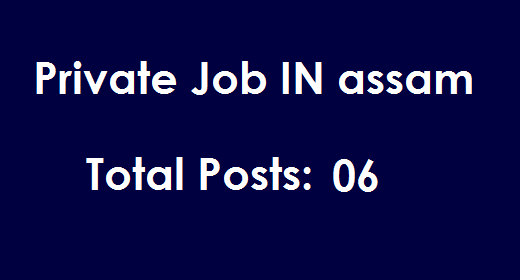 Educational Qualification & Experience:
Must be graduate in Mass Com and Journalism; Must have min 2 years of experience in field sales; Both male and female required; Freshers do not apply.

3. Assistant Branding Manager
No of posts: 1

Educational Qualification & Experience:
Must be a graduate; Must have experience of minimum 2 years in similar field.

How to apply for Prag News Recruitment

Candidates can mail there CV @  pragnewscvs@gmail.com  or drop CV at reception of Prag tower, below Ulubari fly over, Guwahati-781007.

Candidates are required to mandatorily mention ‘AssamCareer.com’ on the subject line of the mail for verification.

M/s AM Television Private Limited is a Private Company incorporated on 21st day of June 2005 in Guwahati Assam with an object to own Television Channel for Telecasting of News, Info-Entertainment & other Programmes, Also to act as producer & Distributor of Misc. Television program. This media Company is one of the most prestigious and respected media house not only in Assam but in the entire North East. It has produced 23 films under its production house. The  major films are   Dwaar (2013), Shiyor  (2014), Sarvagunakar  Srimanta Sankardeva (2015), Doordarshan ,Eti Jantra  (2016), Duronir Nirala Pojai (2017), Gangs Of North East (2017),Marksheet (2018), Xandhikhayan (2018), Leelar Pora  Lailaloi (2018).

This media company is an owner of premium Assamese language and Entertainment Channel which includes Prag News, Prag Channel, Prag Cinema, and Rengoni.

– Prag News is one of the oldest regional news channels that is dominant in North East India and is dedicated to delivering accurate and updated news reports with impartiality and integrity as its hallmark.

– Rengoni is the second GEC satellite channel, a flagship brand in the entertainment space in Assam and North East India. A combination of emotions and variety ‘RENGONI ‘under the venture of AM Television Pvt. Ltd. was launched on 3rd June 2013 and offers an entire spectrum of its emotions to its viewer.

The companies under the Brand Name of “Prag” having 1000 people direct appointment and more than 1000 indirect employment.